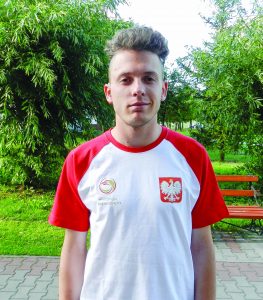 A runner is not somebody who runs fast. It’s somebody who keeps fighting, says Marc Buhl. Twenty-year-old Adrian Ojdana, a patient of the Institute and a member of the Polish Team of the Deaf in Athletics, understands perfectly what this German writer means. With a serious hearing disorder, he fought to win sporting trophies, his dream job of a computer scientist and a place among normally-hearing people. Both in sport and in life Adrian adheres to the principle: it takes work to achieve successes.

He has been into sport since he can remember. In primary school, he played basketball, volleyball and football. Next, he started to practise swimming. – I tried various disciplines to find the one that suited me best – says Adrian. In Staszów, his home town, not all teachers supported his sports passion. – When my son received a cochlea implant at the age of 9, some suggested that we should arrange for him to be exempted from PE lessons – says Robert Ojdana, Adrian’s father. – We didn’t agree. We signed statements saying that under our responsibility he can participate in sports classes. We even bought him a special head guard. We wanted Adrian to be able to do what he loved – adds Adrian’s mother, Monika. 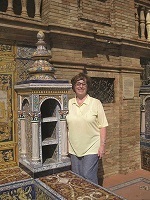 Ms Róża, born in 1937, has been suffering from hearing loss for many years. She wore hearing aids for a long time. Over time they stopped helping her. At the age of 70, she decided to receive her fist cochlea implant, four years later – the second one. She worked very hard to be able to enjoy the world of sounds. Her case shows that the modern technologies used in medicine are effective for patients at every age.

Single words missed in a hasty day-to-day communication, mispronounced patients’ names, ignoring a nurse calling from the other end of the hospital’s corridor. The first symptoms of hearing loss appeared in Ms Róża 40 years ago. For her – a general practitioner – they were a serious issue. As a doctor, before proceeding to treatment, she had to auscultate the patient, interview him/her.  – I wondered what to do to prevent a dead silence from falling in my surgery during an interview with the patient – jokes Ms Róża – recalling the beginning of her hearing problems. She didn’t hesitate to use hearing aids. Actually, it was one hearing aid, because it was assumed in Poland at the time that using one in one ear was enough. She had a different opinion. Her family, who lived abroad, sent her another device. First, she wore analogue aids, quite primitive for today’s standards, which didn’t help her much. But there was no alternative. Ms Róża’s condition gradually deteriorated and she needed stronger devices. Unfortunately, stronger doesn’t mean more effective. 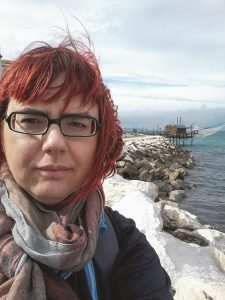 A PhD in chemistry by education, a translator of scientific literature by passion. A good knowledge of three languages. Agata Jurkiewicz, who has an inborn profound hearing disorder, needed a long time to decide to use an implant. Today, she says “I’m addicted to sounds” and is happy that thanks to the implant it takes her less effort to learn languages. She thinks that learning languages should be an important element of rehabilitation of people with hearing disorder.

She prefers talking about English, German or Italian to talking about chemistry in which she has a PhD.  She wrote a thesis in English with a complicated title  – “Molecular modelling of thymidylate synthase and rational designing of its inhibitors as new generation antineoplastic drugs” and defended it in 2014 at the Faculty of Chemistry of the University of Warsaw. But her greatest passion is foreign languages. Asked what her main profession is – a chemist or linguist –  Agata answers: a translator and scientist.